To share your memory on the wall of Francina Pelletier, sign in using one of the following options:

Print
Calais - It is with heavy hearts the family announces the passing of Francina “Frannie” Marie (Murphy) Pelletier on August 14,2020. She was born March 7,1931 in Calais, ME, the daughter of Alice (Cody) and Ivan Murphy.

She graduated... Read More
Calais - It is with heavy hearts the family announces the passing of Francina “Frannie” Marie (Murphy) Pelletier on August 14,2020. She was born March 7,1931 in Calais, ME, the daughter of Alice (Cody) and Ivan Murphy.

Visiting hours will be held 2:00 to 4:00 pm on Wednesday, August 19 at Mays Funeral Home, 26 Church St., Calais. A Mass of Christian Burial will be celebrated by Father Kevin J. Martin at 10:00 am, on Thursday, August 20th at Immaculate Conception Church, 31 Calais Ave, Calais. Burial will follow at Calais Cemetery. The funeral will be also aired at 10:00am LIVE-stream on Saint Kateri Tekakwitha Parish Facebook page. Please adhere to CDC guidelines for public gatherings. The church Mass is limited to 50 celebrants. Alternatively, all are invited to attend the graveside service immediately following the Mass service. In lieu of flowers, Frannie wanted donations directed to the Irene Chadbourne Ecumenical Food Pantry, 513 Main St., Calais, ME 04619. Condolences and memories may be shared at www.MaysFuneralHome.com
Read Less

Receive notifications about information and event scheduling for Francina

Consider providing a gift of comfort for the family of Francina Pelletier by sending flowers.

We encourage you to share your most beloved memories of Francina here, so that the family and other loved ones can always see it. You can upload cherished photographs, or share your favorite stories, and can even comment on those shared by others.

Posted Aug 19, 2020 at 08:45pm
Coming home will never be the same. The neighborhood has changed a lot. I hope the next generation will feel the absolute joy of growing up in a neighborhood where they know love of neighbor like we did.
It didn’t matter if it was a wedding or a funeral, you could expect a visit from Frannie collecting for the cause. It was a safe neighborhood, we were allowed to run free and yet our parents always knew where we were. I know Harold has be waiting patiently for her and the joy of knowing they are reunited fills my heart with joy.

Posted Aug 18, 2020 at 01:14pm
Dear family
May the God of Hope give you the fullness of peace. and may the Lord of Life always be with you.
+Eternal rest grant unto her, O Lord, and may perpetual light shine upon her. May her soul, and all the souls of the faithful departed, through the mercy of God, rest in peace. Amen
Comment Share
Share via:
J

Posted Aug 17, 2020 at 02:04pm
Sherri & Tony - We're so very sorry for your loss. We only met Frannie once, but we could see that she had lots of energy and spunk. We'll all miss her delicious Mac & Cheese that she always made for the NASCAR trips. She certainly lived a full life with a large family and many friends. We're thinking of you with heavy hearts.
Your friends,
Judy & Stacey
Comment Share
Share via:
BM

Posted Aug 17, 2020 at 09:40am
To the Pelletier Family: So sorry to hear of Frannie's passing. She lit up the neighborhood and I know her home sitting on the corner was the gathering place for young and old. She will be missed but what a lot of stories you will hear over the years. Will always remember her smiling face and her laugh was contagious. Sending our prayers and kind thoughts as you grieve the loss of your Mom.
Comment Share
Share via: 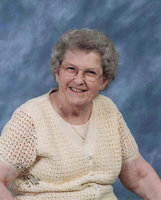