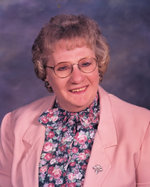 Calais – Elaine Eloise Johnson, 90, passed away Saturday, May 23, 2020 at her home in Calais. Elaine was born in North Smithfield, RI on August 2, 1929, daughter of Harold and Laura (Simpson) Thompson.