To share your memory on the wall of Elaine Johnson, sign in using one of the following options:

Print
Calais – Elaine Eloise Johnson, 90, passed away Saturday, May 23, 2020 at her home in Calais. Elaine was born in North Smithfield, RI on August 2, 1929, daughter of Harold and Laura (Simpson) Thompson.

After graduating high school, El... Read More
Calais – Elaine Eloise Johnson, 90, passed away Saturday, May 23, 2020 at her home in Calais. Elaine was born in North Smithfield, RI on August 2, 1929, daughter of Harold and Laura (Simpson) Thompson.

Receive notifications about information and event scheduling for Elaine

Consider providing a gift of comfort for the family of Elaine Johnson by sending flowers.

We encourage you to share your most beloved memories of Elaine here, so that the family and other loved ones can always see it. You can upload cherished photographs, or share your favorite stories, and can even comment on those shared by others.

Posted May 27, 2020 at 02:43pm
Knew Elaine from Rainbow girls, she never gave up trying to get me to attend things
She was very proud of you Cal, you couldn't talk to her that she didn't talk about you. RIP
Comment Share
Share via:
BM

Posted May 26, 2020 at 06:20am
To Elaine's Family: Sending our thoughts and prayers. We were in Eastern Star together for many years. She had such a quiet presence and always gave support when needed. She suffered too many losses and now she is at peace. RIP Elaine as you have earned it.
Comment Share
Share via:

Posted May 25, 2020 at 03:59pm
Many fond memories with Elaine from CUMC, IORG , and OES. Condolences to Jim, Calvin and family. Peggy and Britney
Comment Share
Share via: 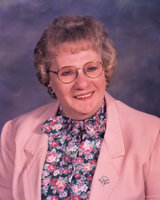