To share your memory on the wall of Edwina DiCenzo, sign in using one of the following options:

Edwina graduated from Calais Academy, Class of 1942. She worked at Ware Knitters in Calais and during WWII, moved to Connecticut where she worked for Hamilton Standard Propeller. Following the war, Edwina moved back to Calais and worked for Sears until marrying her love, Anthony DiCenzo on August 18, 1947. She became a Nurse’s Aide and worked for Calais Regional Hospital in the maternity ward, and sold bouquets of Mylar balloons out of her home. Edwina eventually became the bookkeeper for the family business, Anthony DiCenzo and Sons Inc. Edwina was a Communicant of Immaculate Conception R.C. Church in Calais, and was a member of the American Legion Auxiliary and the St. Croix Bowling Club. She enjoyed traveling, quilting, rug hooking, gardening, and crossword and jigsaw puzzles. Edwina loved spending time with her family and had many fond memories of the times she spent with her family at the family camp at Pleasant Lake.

The family wishes to thank the staff at Marshall Healthcare in Machias for the wonderful and comforting care they provided to Edwina.

Receive notifications about information and event scheduling for Edwina

Consider providing a gift of comfort for the family of Edwina DiCenzo by sending flowers.

We encourage you to share your most beloved memories of Edwina here, so that the family and other loved ones can always see it. You can upload cherished photographs, or share your favorite stories, and can even comment on those shared by others.

Posted Jul 08, 2020 at 10:46am
Dear family
May the God of Hope give you the fullness of peace, and may the Lord of Life always be with you.
+ Eternal rest grant unto her, O Lord, and may perpetual light shine upon her. May her soul, and all the souls of the faithful departed, through the mercy of God, rest in peace. Amen
Comment Share
Share via:
BM

Posted Jul 05, 2020 at 01:40pm
To the DiCenzo family: Sorry to hear of Eddie's passing. Always enjoyed chatting with her. A lovely lady who was so proud of her children and grandchildren. Sending you our thoughts and prayers. Bob and MaryLou McGraw
Comment Share
Share via:
RR 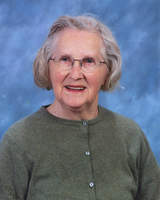