To share your memory on the wall of Dianne Apt, sign in using one of the following options:

Provide comfort for the family of Dianne Apt with a meaningful gesture of sympathy.

Print
Pleasant Point – Dianne Mae (Paul) Apt, 76, passed away Monday, September 2, 2019 at her home surrounded by her family. Dianne was born at Pleasant Point on November 15, 1942, daughter of Annie Paul and Joseph Nicholas.

After attendin... Read More
Pleasant Point – Dianne Mae (Paul) Apt, 76, passed away Monday, September 2, 2019 at her home surrounded by her family. Dianne was born at Pleasant Point on November 15, 1942, daughter of Annie Paul and Joseph Nicholas.

After attending Shead Memorial High School, Dianne married Forrest Apt Sr. Together they moved to Massachusetts where she raised their six children, and later became a CNA for a local nursing home where she met her second husband Dominic DeWolfe. In 1995, Dianne and Dominic moved to Pleasant Point where Dianne became active in making traditional Passamaquoddy Arts. Dianne loved to stay active, enjoyed going for walks, and spending time with her family, especially “her girls”, great-granddaughter Gwyneth, and granddaughter-in-law Brianna.

A celebration of Dianne’s life will be held from 1-5 p.m., Sunday, September 8, 2019, at her home, 25 Ballpark Rd., Pleasant Point. Arrangements by Mays Funeral Home, Calais & Eastport. Condolences and memories may be shared at www.maysfuneralhome.com
Read Less

Consider providing a gift of comfort for the family of Dianne Apt by sending flowers.

We encourage you to share your most beloved memories of Dianne here, so that the family and other loved ones can always see it. You can upload cherished photographs, or share your favorite stories, and can even comment on those shared by others.

Posted Sep 04, 2019 at 06:37am
“God himself will be with them. And he will wipe out every tear from their eyes, and death will be no more.
neither will mourning nor outcry nor pain be anymore. The former things have passed away. (Revelation 21:3,4)
Comment Share
Share via:

Posted Sep 03, 2019 at 08:59pm
Diane was the best. She was always so nice and smile. I will me seeing her around. My condolences to the whole family. Prayers Caroline
Comment Share
Share via:
M

Posted Sep 03, 2019 at 03:05pm
This woman is the best, she was always polite to everyone . She will always be very special to me and my family, I glad I wAs able to be there for her and her family when they needed it. Love her forever
Comment Share
Share via: 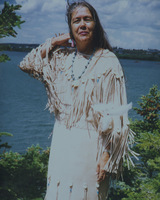