To share your memory on the wall of Diane Clement, sign in using one of the following options:

Print
Pleasant Point - Diane Patricia Clement, 73, passed away peacefully at her home on May 9, the same day as her 56th wedding anniversary. Diane was born on September 4, 1946 in Eastport, Maine.

Diane grew up in Pleasant Point (Sipayik) ... Read More
Pleasant Point - Diane Patricia Clement, 73, passed away peacefully at her home on May 9, the same day as her 56th wedding anniversary. Diane was born on September 4, 1946 in Eastport, Maine.

Diane grew up in Pleasant Point (Sipayik) until moving to Hartford, Connecticut. During her years there, she met and married Peter Clement and had four children in Hartford before moving to her husband’s home in Canada. They went on to have three more children before settling back in Maine in the late 70s. She was very proud to be Passamaquoddy and spoke her language fluently. Diane always enjoyed welcoming company to her home on Pleasant Point, where she treated everyone like family. Nothing gave Diane more happiness than family gatherings. She treasured and loved being surrounded by her children, grandchildren, brother, and friends. She loved playing cards, having many laughs, and creating happy memories with her family and friends. Diane always stated how happy she was to have a large family.

Mom, until we meet again, you will always be treasured, loved and live forever in our hearts. We know you are reunited with all your beloved family members that you have deeply missed and will be watching over all of us. May you rest in peace as our precious memories live on.

In accordance with her wishes, there will be no viewing and a ceremony celebrating the life of Diane will be held at a later date. Arrangements by Mays Funeral Home, Calais & Eastport.
Read Less

Receive notifications about information and event scheduling for Diane

We encourage you to share your most beloved memories of Diane here, so that the family and other loved ones can always see it. You can upload cherished photographs, or share your favorite stories, and can even comment on those shared by others. 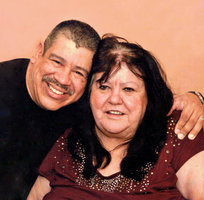