To share your memory on the wall of Dean Wiles, sign in using one of the following options:

Due to COVID restrictions, a Celebration of Dean’s Life will be held at a later date. Arrangements by Mays Funeral Home, Calais & Eastport.
Read Less

Receive notifications about information and event scheduling for Dean

We encourage you to share your most beloved memories of Dean here, so that the family and other loved ones can always see it. You can upload cherished photographs, or share your favorite stories, and can even comment on those shared by others.

Posted Nov 24, 2020 at 01:21am
God bless you Miss Gayle, and know he is suffering no more. I have missed seeing him with you when you are out and about, you both are and were very kind people
Comment Share
Share via:
TH

Posted Nov 20, 2020 at 09:28am
I would like to share that Dean is also survived by his first wife, Lucy Haynes Carey of Thomaston. She is the mother of Dean's three children, Scott, Bruce and Alison. Gayle seems to have forgotten to mention that
Comment Share
Share via:

here is not the place during this time of loss, keep that in mind
MC

Posted Nov 16, 2020 at 03:46pm
Dear Gayle and Family, We just found out of Dean's passing. We are so sorry to hear this news, but with sadness here on earth there is rejoicing in Glory as he is home! May the memories of a life well lived and his love for you all help you through these times. With Sympathy and With Love, Carl, Rhonda, Cassie and Carlos Jr.
Comment Share
Share via: 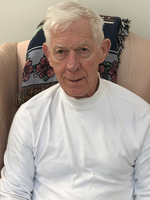 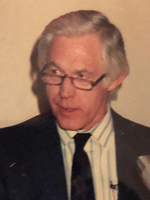