To share your memory on the wall of Daniel Dawson, sign in using one of the following options:

After graduating from Learning Prep School in Massachusetts, Danny became a civilian employee with the U.S. Coast Guard, and also worked at the Winthrop Lodge of Elks. Over the years, Danny lived between Everett, MA and Calais, ME.

Receive notifications about information and event scheduling for Daniel

Consider providing a gift of comfort for the family of Daniel Dawson by sending flowers.

We encourage you to share your most beloved memories of Daniel here, so that the family and other loved ones can always see it. You can upload cherished photographs, or share your favorite stories, and can even comment on those shared by others.

Posted Sep 11, 2020 at 07:52pm
Remember, you promised us you would come back and tell how Heaven is. I know you are at peace now and while I am sorry we didn't get there, I am glad you had the peaceful and easy death we promised you just days before. We will miss you for as long as you are there and we are here. But someday, we will be together. Now it your job to watch over all of us. I love you, Buddy, I always will.
Comment Share
Share via:
P

Posted Sep 09, 2020 at 01:46pm
We will miss you very much but one day we will all be together again. Please 9watch over your family. We live you very much
Love, Pam
Comment Share
Share via: 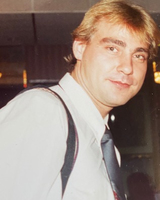 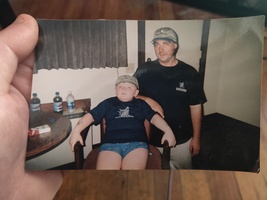 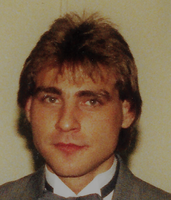