To share your memory on the wall of Charles White, sign in using one of the following options:

Charlie went to work in the woods with his Dad at an early age and went on to serve 3 years in the National Guard. On November 17, 1951 he married Marguerite Keenan in Woodland and together they raised 4 daughters. After working in the woods, he went to work for Georgia Pacific as a millwright for several more years. He then opened and operated White Bros. shop in Baring.

Charlie was one of the founding members of the Breakneck Mountain Sno-Riders and ATV Clubs in Alexander, remaining a member for 20 years, and also serving as Trail Master. He was a member of the St. Croix Wanderer’s RV club for several years. And was also a member of the Church of the Open Bible in Alexander. In his younger years he raced stock cars and snowmobiles. He enjoyed tinkering in his garage and spending time outdoors, especially working and riding on the club trails. Charlie liked watching westerns and NASCAR. And most of all, he loved time spent with his family.

In addition to his parents, he was predeceased by his sister, Rowena and her husband Everett Bates, sister-in-law Dot White, brother-in-law Everett Dwelley, and three grandsons; Leslie Knowles II, Charles E. White, and Charles M. Wallace.

Receive notifications about information and event scheduling for Charles

We encourage you to share your most beloved memories of Charles here, so that the family and other loved ones can always see it. You can upload cherished photographs, or share your favorite stories, and can even comment on those shared by others.

Posted May 19, 2020 at 02:27pm
So sorry to hear of Charlie's passing. Sending our thoughts and prayers to all of you. Bob and Mary Lou McGraw
Comment Share
Share via:
EK

Our thoughts and prayers are with you Maggie and family we love Charlie and he help me get through the loss of my dad loves to hear him tell the stories of his youth and to hear his laugh he had a deep love for his wife children and family and had a big heart for knowing when others needed a helping hand He often said it took him a while but he had a deep faith in God and he often talk to me about it and came to my home and helped me in my faith when I needed it most. We are here if you need anything at all we love you God bless 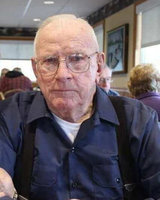 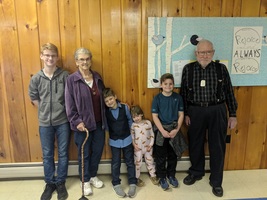