To share your memory on the wall of Carleton Sprague, sign in using one of the following options:

Provide comfort for the family of Carleton Sprague with a meaningful gesture of sympathy.

Carleton graduated from Calais Memorial High School, Class of 1953. While in high school, he enlisted in the Army National Guard, serving as a cook. Carleton worked at Grant’s Department Store in Calais until starting his career with Georgia Pacific working in the stud mill, retiring with over 20 years of service. After his retirement, Carleton worked for several years at Milltown Variety. Carleton loved the outdoors and enjoyed hunting and fishing.

A graveside service will be held at a later date in the Calais Cemetery. Arrangements by Mays Funeral Home, Calais.
Read Less

Consider providing a gift of comfort for the family of Carleton Sprague by sending flowers.

We encourage you to share your most beloved memories of Carleton here, so that the family and other loved ones can always see it. You can upload cherished photographs, or share your favorite stories, and can even comment on those shared by others.

Posted Jan 17, 2020 at 10:04pm
So sorry for the loss of Carleton. Good memories of Carleton, Doug & Eddie hunting moose together. Keeping all the family in my thoughts and prayers during this difficult time.
Comment Share
Share via:
NG

Posted Jan 11, 2020 at 08:05pm
So sorry for your loss! I will forever remember Christmas Eve at Uncle Carlton's and Aunt Sandra's every year. I still talk about it to this day. Fly high and be with the angels. Love Lisa "Matthews" Levick.
Comment Share
Share via:
SM

Posted Jan 11, 2020 at 04:07pm
Debbie,David and Family,
So sorry for your loss.You are in my thoughts and prayers at this very difficult time
Comment Share
Share via:

Posted Jan 11, 2020 at 03:20pm
Debbie and family, so sorry to read of Carlton passing. You all are in my thoughts ans prayers

Angela and family, So sorry for your loss! He was the sweetest man, whom Loved his little buddy Annie....R.I.P. Carleton 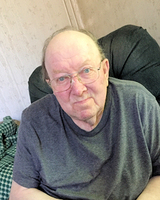