To share your memory on the wall of Blaine McLaughlin, sign in using one of the following options:

After graduating from high school, Blaine went on to earn his CDL to drive trucks. He drove truck for over 20 years, hauling logs for L.R. Hamilton and later for R.A. Crawford & Sons. In 2017, Blaine accepted a position with Woodland Pulp LLC, where he was working as a millwright.

Blaine was an avid outdoorsman and enjoyed fishing. His passion was riding his Harley Davidson. Blaine was a member of the Wabanaki Warriors. His most cherished moments were times spent with his family.

A Celebration of Blaine’s Life will be held at a later date. Arrangements by Mays Funeral Home, Calais & Eastport.

Receive notifications about information and event scheduling for Blaine

We encourage you to share your most beloved memories of Blaine here, so that the family and other loved ones can always see it. You can upload cherished photographs, or share your favorite stories, and can even comment on those shared by others.

Posted Sep 08, 2020 at 09:00pm
Our thoughts and prayers are with Blaine's family and friends at this difficult time.

Posted Jul 22, 2020 at 10:18am
“God himself will be with them. And he will wipe out every tear from their eyes
and death will be no more, neither will mourning nor outcry nor pain be anymore.
The former things have passed away.” (Revelation 21:3,4)
Comment Share
Share via:
BK 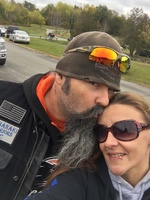 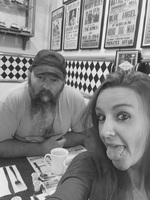 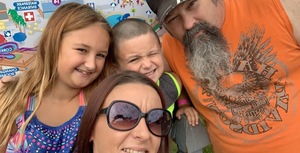