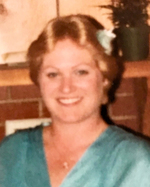 Eastport – Barbara Lynn (Collins) Barnes,64, died peacefully with her family by her side after many years of living with the complications of diabetes. Barbara was a loving wife, mother, grandmother, aunt and friend to many who will be remembered by all that knew her for her love of homemade cooking, baking and canning. Barbara graduated from Shead High School in 1971 and shortly after started her family. In the 80’s Barbara pursued her dream of helping others and became a CNA working at the Eastport Memorial Nursing Home. She became a baker for the Cannery Restaurant in the 90’s where she baked delicious pies, cakes, breads and desserts. Barbara’s kitchen was also always open in her home where she cooked and had an open-door policy for so many of her children’s friends.

Barbara was predeceased by her parents William and Agnes Collins, her granddaughter, Ava London Doiron-Frankland and her four legged-friends, Patches, Meeka, Fred, Tyler, Sheeba, and Jake.

Barbara is survived by her loving husband James Barnes of Eastport, her children Jeffrey and Michael Doiron-Frankland of Salem, NH, loving daughter and best friend, Nicole Barnes and her companion Cullen Bell and John and Pam Barnes all of Eastport, four grandchildren, Maleeka, Shaelyn, Ella, and Torin, a brother, William Collins JR of Bangor and a nephew, Ross Collins of Calais, her special Mother-in-law Amelia Frankland of Calais, her lifelong best-friend Gwen (Marsh) Gray of Hollis, her loving pet companions Princess and Sammy and several other nieces, nephews and cousins.

Family and friends are free to call for visitation with Barbara and the family in her home Friday, August 3rd starting at 10:00 am until Saturday at 2:00 pm. A celebration of life will be held 3:00 pm, Saturday, August 4th at Blakey United Methodist Church 74 High St., Eastport. In Lieu of flowers donations can be made to the American Diabetes Association or to St. Baldricks Foundation for Pediatric Cancer Research in her name. Arrangements by Mays Funeral Home, Calais & Eastport.